Is this Surrey’s Most Expensive Home? 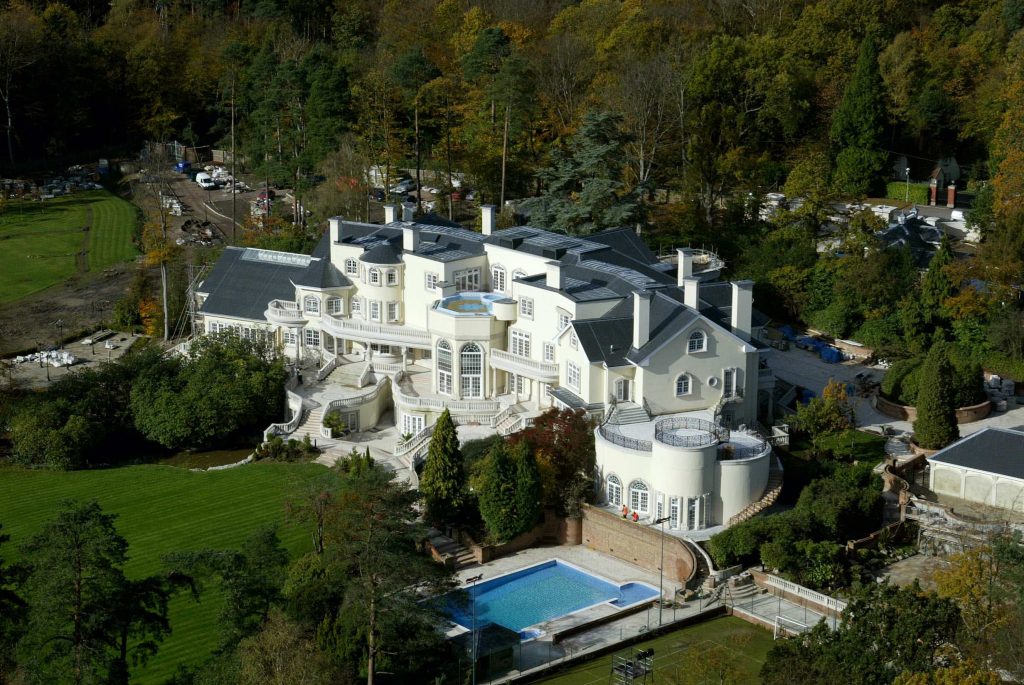 Updown Court is a Californian style residence situated in the village of Windlesham in Surrey, England. The 103-room mansion has 58 acres (230,000 m2) of landscaped gardens and private woodland. It was, in 2005, the most expensive private home on the market anywhere in the world, having been listed for sale with estate agencies Savills and Hamptons International for in excess of £70 million (US$138 million).

The original Updown Court was built in 1924 in the Queen Anne style and featured eight bedrooms, four sitting rooms, four bathrooms, a single swimming pool, and sat in 12 acres of grounds. Between 1962 and 1976 the property was home to Major General Sir Philip Ward, his wife Pamela and their four children, and during their ownership the gardens were open to the public to enjoy the spectacular woodland and roses. In 1977 Updown Court was acquired from the Wards by His Highness Prince Sami Gayed of Egypt.

Set in the centre of 58 acres (230,000 m2) of gardens and mature woodland, Updown Court is entered by a £2 million (US$3 million) heated marble driveway, has 103 rooms. 24 of these are bedrooms, each with its own marble en-suite bathroom. Among other features, it has a fully automated two-lane bowling alley, five swimming pools including an Infinity pool, a squash court, a floodlit tennis court, a wine cellar with a capacity for 3,000 bottles and a panic room. There are 5 acres (20,000 m2) of more than 30 different types of imported Italian marble, expansive terraces, and a customizable cinema with a 50-seat capacity. It also features an underground garage, with granite flooring, that has enough room for eight cars or limousines. The first floor is the main residential area, featuring eight generous bedroom suites, all en-suite. The penthouse floor contains two separate penthouse apartments, each with two bedrooms, reception area, bathroom, kitchen and occupies an entire wing of the property. There is also a sauna, and a “secret” passageway off of the property. Moreover, there is also a gymnasium, an indoor football pitch, and an outdoor equestrian yard with stables. Even further, there are 2 “plant rooms” (conservatories), a gallery, study, and library.

Neighbours include Elton John, Sarah, Duchess of York, and Queen guitarist Brian May.